How to build trust with your team in the workplace 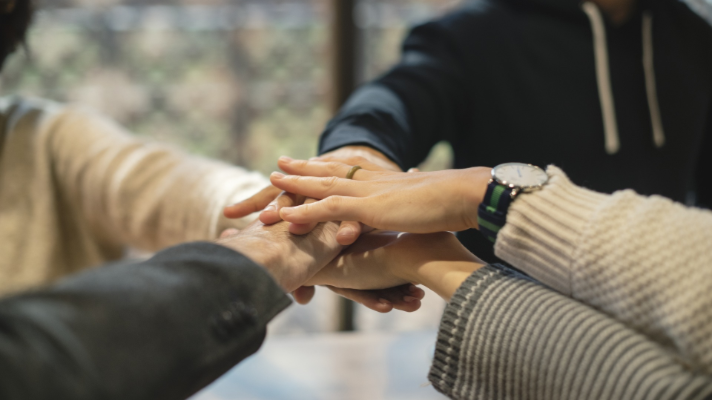 In order for your actuarial team to have a healthy, thriving culture, one of the key components is trust. Yet how many people can say without a doubt that they trust their managers and the company they work for? A recent study by Edelman found that one in three employees don’t trust their employer, while another study by EY found that number to be even lower. Only 46% of people had trust in their organization, and only 49% in their team.

These statistics are shocking as without trust, employees are more likely to be disengaged and – in the worst case scenario – this might even result in a toxic work environment. This is not something you want to happen, and it certainly won’t support developing an effective feedback culture.

So how can you, as an actuarial manager, help close the trust gap between employees and their managers?

It’s always hard to share difficult news or constructive feedback. We naturally have a tendency to believe that delivering bad news will impact other people’s opinion of ourselves. But being honest, even during tough times, is something the most trustworthy leaders learn how to do.

Whether your company hasn’t met its goals, or you’ve decided to let a member of your team go, it’s important to nip it in the bud. Top leaders and managers should lead by example and start the conversation with team members, even if it might be difficult for them. But if they’re able to do so as opposed to putting off the talk, they will be able to avoid gossip and speculation, and reassure others about where they stand.

Employees will be more likely to respect a manager who is able to talk openly with them about difficult situations, answers questions and give them the facts. In turn, this should encourage employees to be honest themselves and bring difficult topics to the table, be it with their manager or their peers.

While being transparent about bad news is difficult, another important leadership skill to develop is ownership of mistakes. As covered in “Extreme Ownership” by Jocko Willink, the ability to take ownership not just for a team’s success but also its failures, will help to develop trust. Admitting to mistakes makes leaders seem more “human”, approachable and likeable, otherwise known as the Pratfall effect. It also helps take leaders or more senior team members off the pedestal and put them back on the same level as other members of their team.

Often the risk is that more junior or inexperienced team members hold leaders in high esteem, thinking they are incapable of making mistakes and do their jobs “perfectly”. However, this is not true, so when leaders are able to admit to and take responsibility for their mistakes, it creates a safe environment and encourages others to do the same.

It’s easy to get lost in the numbers. If their job is based on meeting certain performance metrics, managers can often get into the habit of seeing their employees in terms of output achieved.

While managers don’t have to be their employee’s best friend, they have a responsibility to maintain a healthy work environment. This means getting to know their team members beyond their job description and day-to-day tasks they execute, so as to build a relationship with them. This in turn, will help managers provide meaningful recognition and help people feel valued.

It’s not about knowing all the details of people’s personal lives, but managers should have a good understanding of what their employees enjoy about their job most. In so doing, they can also better support their professional development.

In addition to taking ownership and building rapport, team leads should ensure they show appreciation and acknowledgment for their team’s hard work. Managers might often be presenting results of their team’s work to stakeholders or be representing their team at higher level meetings. It’s therefore important they give credit where it’s due and give team members and opportunity to shine externally.

If on the other hand, managers take credit for their team’s work or present individuals’ work as their own, this will quickly create a sense of disingenuity and lack of trust amongst the team.

Encourage managers to recognize individuals, and create a culture where people are comfortable sharing feedback with one another. A recent study by Globoforce showed that employees who received recognition from their leaders recently were significantly more likely to trust them (82% vs 48%).

To gain trust, managers should be their team’s best advocate. While they may have constructive feedback for their team about the way they approached an assignment, it’s important that to the outside world they present their team in a positive light and be proud of their accomplishments. They should not criticize or be demeaning of their team in public, as this undermines the individuals, not to mention breaking trust and dampening team spirits.

When team members make a mistake, as mentioned in point two it’s important for managers to help them see what they can learn from it and view it as an opportunity for growth, as opposed to chastising. Managers can and should share constructive feedback with their team, but this should be done within the team’s safe environment rather than publicly.

Managers should be open to receiving feedback from their team members. Often there is a barrier as employees feel uncomfortable sharing constructive feedback with one another, let alone with their manager. But if managers are open to feedback, they can slowly grow a culture of feedback within their team, thereby increasing trust.

Managers can show their openness by asking for feedback, either in person, via email, or via your performance management platform if you have one. This, in turn, will help employees be more open to taking and reflecting on feedback from their managers.

Support your managers by teaching them how to develop trust within their teams, and in turn you will strengthen your overall company culture. Most importantly, these behaviours should be displayed at all levels of the organization including senior management.

Next Article : How to ask for a payrise
Share :